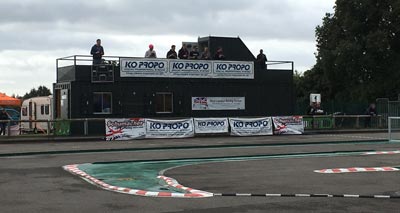 The final round of this year's great series was held this past weekend in conjunction with the KO GP. The team at West London had done a great job and the track was in great condition.

Saturday saw many drivers turn up to try and get their cars set up well, the weather was overcast but at least it was mainly dry, just the odd shower around during the day. There was heavy rain just as the track was about to close about 5pm.

Sunday morning arrived and we were greeted by a slightly damp race track. The weather stayed overcast and cloudy but dry for the rest of the day. As usual we then had the open practice session for an hour and then it was into qualifying mode.

Schumacher’s Mark Musgrove and Damian Giddins from the West London club gave the drivers briefing and explained the format and information for the day. This was the regular format of round by round qualifying, with 2 from 4 rounds to count.

This being the last round of the series and also ran in conjunction with the KO GP, the entry was looking very good with 10 heats of drivers booked in.

In all 3 classes the same driver took TQ in each of the first 3 rounds of qualifying. Elliott Harper in Modified, Zak Finlay in 13.5 and Daniel Booker in the 17.5 class.

This meant these guys were all going to line up on pole position for their respective classes. So it was all to play for to get the rest of the remaining positions in each A final going into the final round of qualifying.

The modified grid lined up with Elliott Harper ahead of Olly Jefferies and Paul Pinkney.

In the 13.5 class they lined up in the order of Zak Finlay, Andy Murray and James Hart.

In the 17.5 class it was Daniel Booker from Dominic Skinner and David Usher.

So it was then time for the finals, the results were as follows: 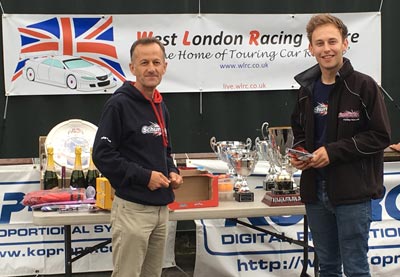 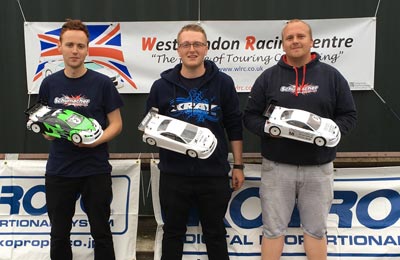 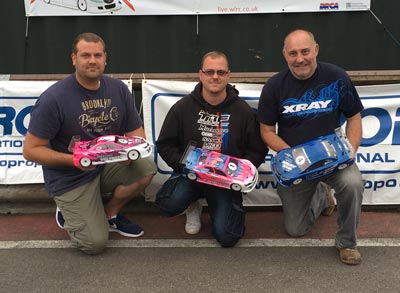 Fantastic racing in the finals and well done to the winners. This meant the championship was over for this series and the results were decided.

The top 3 in each championship were: 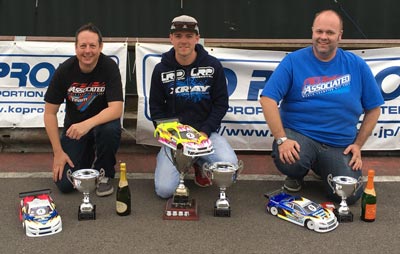 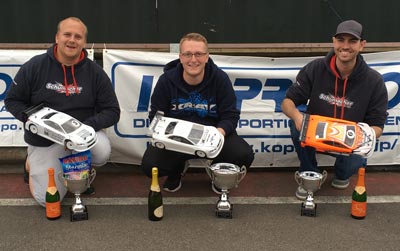 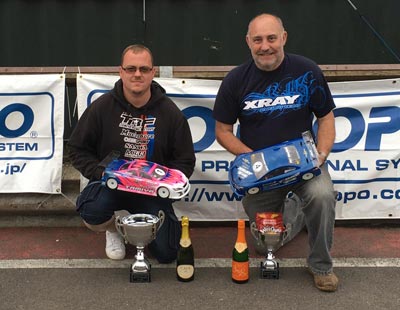 After the presentation for the days event and also for the championships it was then on to the Schumacher and KO raffle.

There were some fantastic prizes up for grabs, as usual there was a prize for each final. The star prize was the famous KO clock. There were also 4 KO top of the range servos along with great Schumacher prizes too. 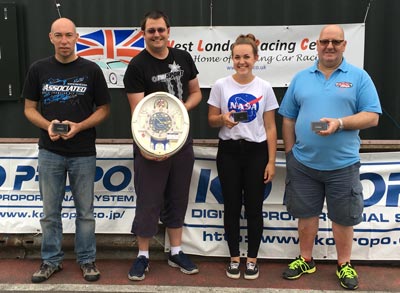 Well done to all of the lucky winners, hope you enjoy your prizes.

Huge thanks to the whole West London team for everything, a great event as always.

Also thanks to Kris Kennedy for the commentary and the entertainment on the microphone, it was great to be part of this with you and some classic moments were had. So many people saying what a fantastic atmosphere the event had and how much fun they were all having. One of the best moments of the day has to be when Kris interviewed young Casey Grainger on the mic, classic comments and had everyone laughing for a while.

Well that wraps up another season of the BTCC, a massive thank you to all of the drivers that have attended at some point throughout the season, also to the tracks that we have visited.