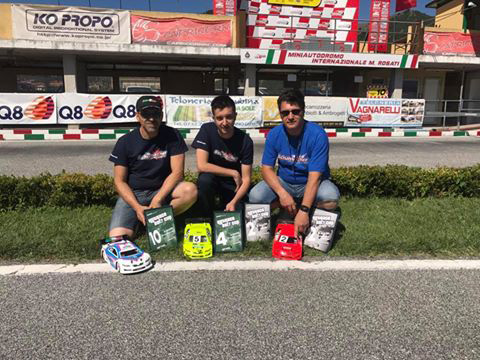 This past weekend saw the Italian Schumacher touring car team head to the Hot race summer cup in Gubbio.

The Schumacher drivers were entered in the Modified class and the Modified Invitational class contained big names such as Menicucci, Hagberg, Kutvonen, Arnold etc..
At the end of controlled practice of the Modified class, the first six drivers would bump up into modified invitational.
This would see Alessio Tolomelli, Lorenzo Bigi and Alessio Mota bump up!
After qualifying of the invitational class Alessio Tolomelli took a fantastic 4th place, with Alessio Mota and Lorenzo Bigi  12th  and 15th respectively. 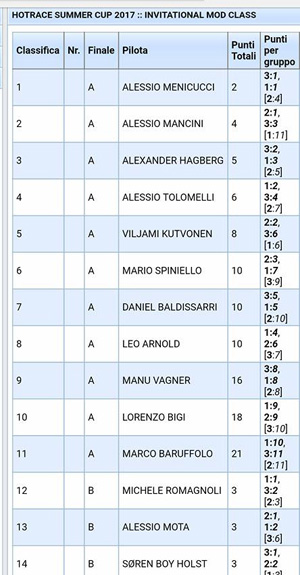 To make things more interesting, the race organiser decided that the B final drivers would fight for an eleventh  A  final position in a two minute battle race,  conversely Lorenzo Bigi took a great win and was bumped up into the A final invitational with Tolomelli and other big  name drivers. A great turn of events for long time Schumacher driver Lorenzo. 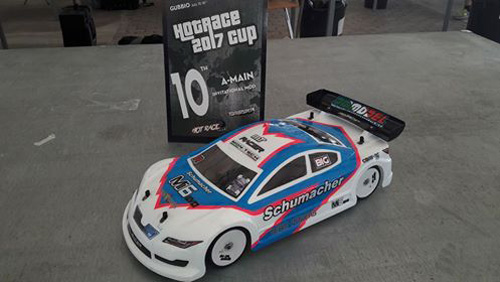 At the end of the race, Alessio Tolomelli took a fantastic 4th position with Lorenzo Big 10th and Alessio Mota 13th.

A big success for the team and a very enjoyable race! With the Mi6evo working well in the hot conditions.