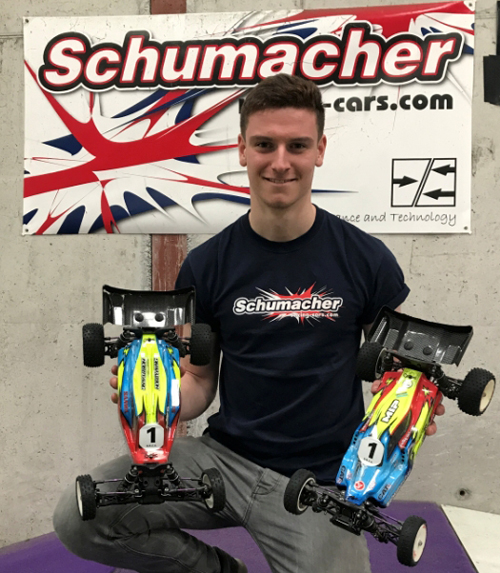 August 6th was Round 3 of the 2017 of the Irish 1/10 Off-Road National Series for both 2wd and 4wd.  Dublin Model Car Club hosted the race with their permanent off-road indoor track in Dublin.
Having only managed one win the National Series so far Dylan was under pressure to perform to give him a chance of winning the titles again.
In 2wd Dylan made his KC work on the twisty track to take overall TQ.  Denzell McBurney and Alan Thompson made it a top 3 for Schumacher in Qualifying by taking 2nd and 3rd overall.
Dylan dominated 4WD winning all the qualifying rounds with Denzell taking second.
Dylan put in a terrific display in the finals winning 5 of his 6 finals to win both 2wd and 4wd.  Denzell took the other final win in 4wd and finished 2nd overall in 2wd and 4wd.  Alan Thompson rounded out the top 3 in 2wd.
A great result for Schumacher taking 1-2-3 in 2wd and 1-2 in 4wd.
Congratulations to Dylan on the Double win and Good Luck in Round 4 of the Championship.