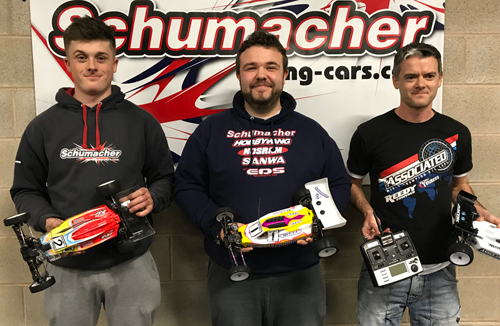 Round 2 of the competitive Silverstone Winter Series again attracted a full entry with many of the best British Off road drivers.
With 92 entries in 2WD, Tom Yardy TQ'd 2 of the 4 qualifying rounds with Ellis Stafford and Jack Neal taking 1 each. In the final Tom pulled out a big lead with a faultless drive. Jack Neal made it a 1-2 for the Schumacher KC and Richard Barton moved up to 3rd with his Associated. 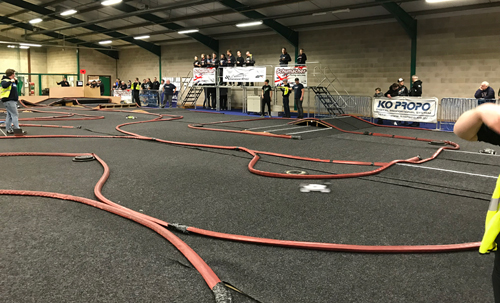 Pole man Greg Williams won 4WD with his CAT K2. He was pushed hard for half the race by Nathan Waters driving a Tekno, but a mistake by Nathan dropped him down to 3rd and allowed young Tommy Hall to take 2nd for PR. 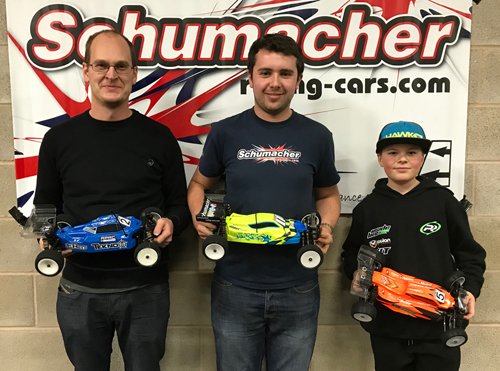