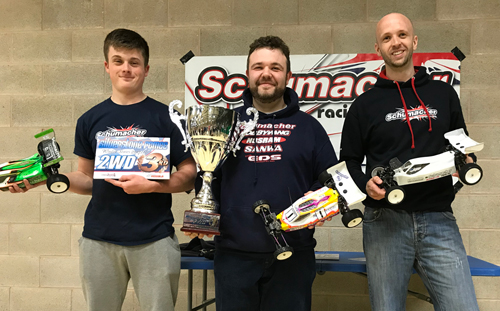 At Final round of the Silverstone Winter Series Tom Yardy took a comfortable 2WD win with his Schumacher KC and wrapped up the championship, ahead of team mates Danny McGee and Jack Neal. 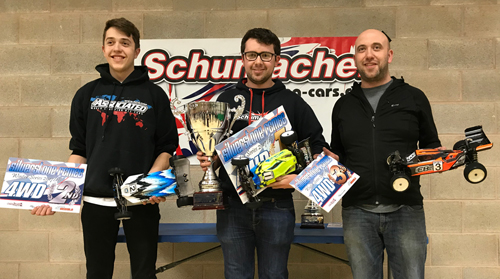 James Harrold won 4WD but a 2nd place for Greg Williams was enough for him to take the title, ahead of James, and Ian Mellish. 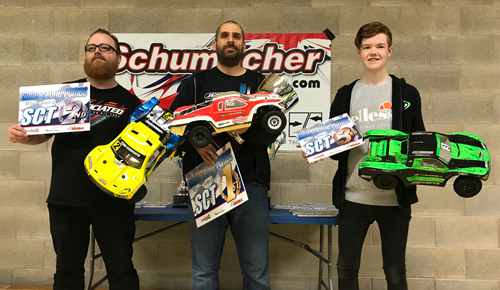 Richard Miller won the truck championship ahead of Russel Lee and Daniel Gardner. 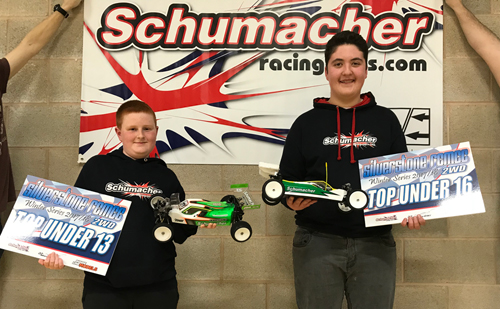 Schumacher drivers Ben Pugh and Ben Smith won the 2WD under 16's and under 13's respectively. 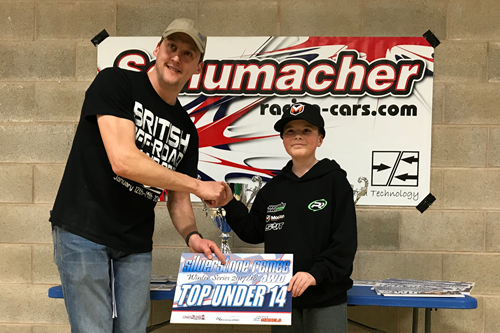 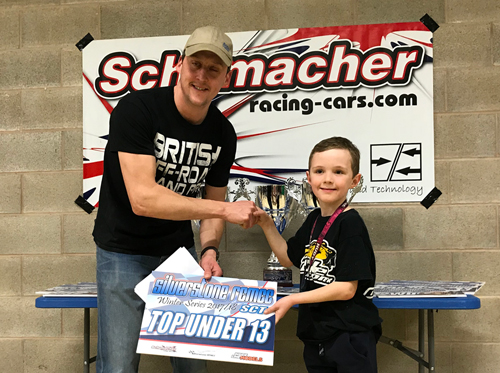 Daniel Gardner and Oliver Nattress won the truck under 16's and under 13's.

That is the series over for another season, thanks to the drivers and the Silverstone crew for a great series.