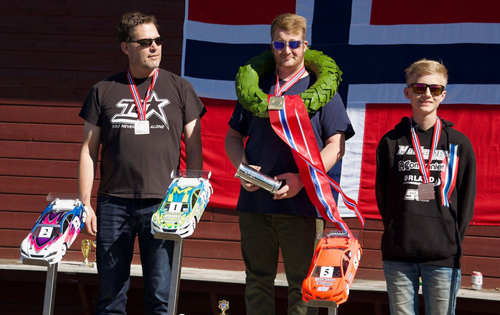 The Norwegian national championship was held at Lorenskogs track just outside of Oslo over the weekend. The race format saw 5 rounds of round by round qualifiers followed by triple mains. In beautiful weather it was good conditions for good racing.

In Modified there was 15 drivers, and it was clear that this would be a race between Nikolai Haaheim, Oskar Fjeld and Geir Bjarte Terum, with the junior Mathias Nedrebø being a challenger.
Nikolai won qualification rounds 1st,2nd and 3rd with Oskar taking the 4th and Mathias the 5th.
The grid for the finals was Nikolai, Oskar and Geir Bjarte – with Mathias sitting 5th. 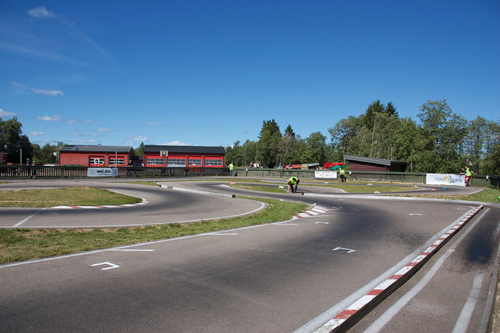 In the first final it was Nikolai took the win, with Geir Bjarte on second and Mathias on the third.
Nikolai secured the overall victory with a win in the second final ahead of Oskar and Mathias. In the last final Geir Bjarte took the win ahead of Mathias and Lars Andersen.

The Norwegian Championship 2018 was also set to give out the trophy “Kongepokalen” – which is the “His Majesty The King´s Trophy”, which was given to Nikolai.
In stock it was 25 drivers attending, with many good drivers including a former Norwegian Champion and A-finalist drivers from ETS masters. 3 junior drivers managed to get into the A-final. 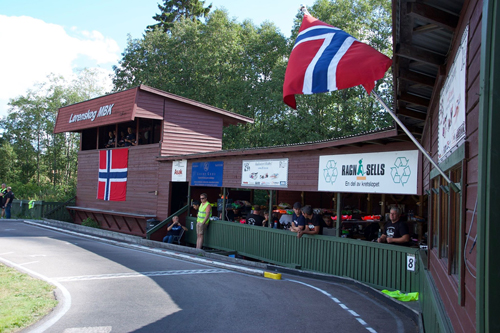 After qualification it was Trygve Berntsen on TQ, followed by Georg Ellingsen and Roger Berntsen.
After some exciting finals the podium was: Roger, Trygve and Morten Bremsud.
In M-Chassis it was Roy Braathen, Kenneth Aaseth and Sebastion Krogh.

Congratulations to Nikko and the Norwegian team!