It was the opening round of the Schumacher GP series last weekend, it was a well attended event as we had 76 drivers present.
The entries were mainly GT12 and we also had 3 heats of 13.5 blinky touring cars.
This is a 3 race series at the fantastic venue of MB Models, therefore there are 2 more rounds remaining. It will be 2 from 3 rounds to count towards the overall Championship, with prizes being awarded at each event. It is a fantastic series so be sure to come along and race if you haven't yet done so.
At the venue there is an on site model shop and also a cafe cooking great food.
A new track was designed by the MB Models track crew which was a great fast flowing layout. 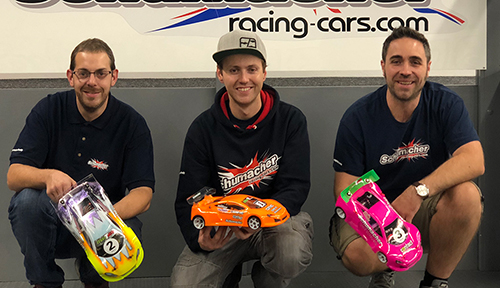 The race format was four rounds of qualifying and one final for everyone. For both GT12 and touring cars the duration was 6 minutes.
This was done on round by round qualifying with the best 2 qualifying results to count towards the final grid position.
In GT12 qualifying it was the Schumacher of Andy Murray that dominated proceedings, taking all 4 rounds to line up on pole position.
Over in the 13.5 blinky touring car class it was Ricky Lee who also dominated and took all 4 rounds to line up on pole position. 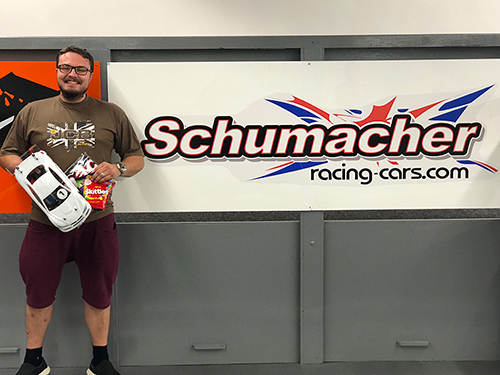 The finals saw many great races that were close but also involved clean racing by many drivers.
After all of the racing action, here are the A final results: 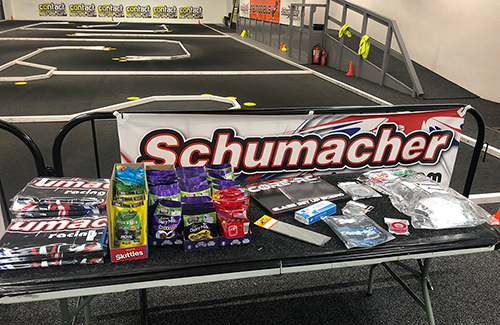 Once the racing had finished the traditional presentation took place, there were bags of sweets or chocolates for the top 3 in every final and also TQ, the winner of each final also won a Schumacher pit towel.
Next up was the famous Schumacher raffle. There was at least one raffle prize available to someone in each final, congratulations to all of the lucky winners. 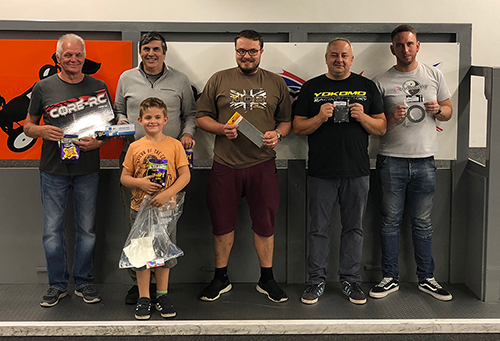 A huge thank you to all of the racers who competed in the event, a great atmosphere as always.

Also a massive thank you to the whole MB Models team who as always puts in a huge amount of effort.
Full results from the event can be found here:
The next round of this great series is just after Christmas, Saturday 29th December. Get yourself booked in here if you would like to come and join us: www.centralbooking.org

We hope to see you there.