The 3rd Round of the BRCA Touring Car Series headed to the Monaco of UK Tracks Bedworth this last weekend.

The Schumacher team had put in a lot of work over recent weeks to get fully prepared for the event and it paid off!

In the Modified class Schumacher's Olly Jefferies lined up on pole on the grid after qualifying ahead of Elliott Harper and an excellent Andy Murray. 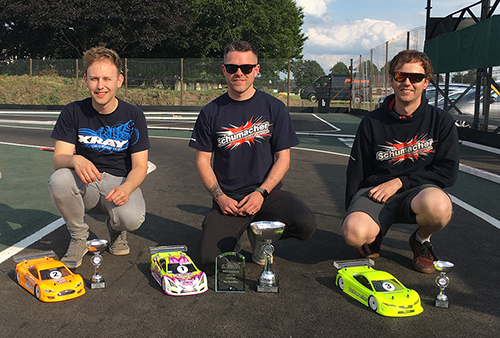 In both legs of the finals Olly managed to sufficiently keep Elliott at bay winning both legs.  This secures a back to back victory at this round and the previous one Halifax, leaving Olly in a strong position for the British Championship.  Andy maintained his grid position from qualifying to grab a podium, his best touring car national result. 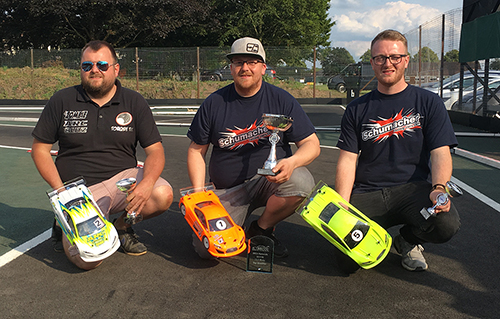 In the 13.5 'Blinky' Class the tight Bedworth track would provide a different challenge to Round 2.  Schumacher’s James Hart TQ'ed 2 of the 4 qualifiers to line up on pole from Colin Jackson and Billy Fletcher.  Schumacher's Zak Finlay, Halifax winner, would line up 5th in the super tight qually.  Just like Olly James drove 2 super solid legs to take the win with Colin 2nd and Zak getting up to 3rd in what might be crucial for the wide open championship. 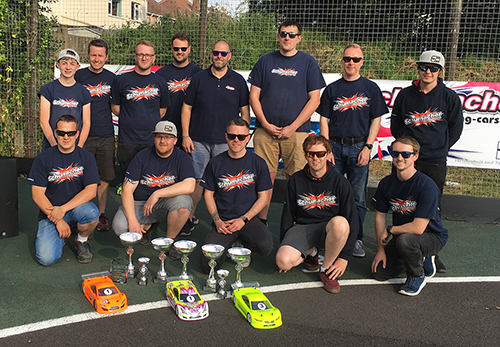 Another fantastic weekend for the team with maximum point scores heading into the next round at Cotswold next month.