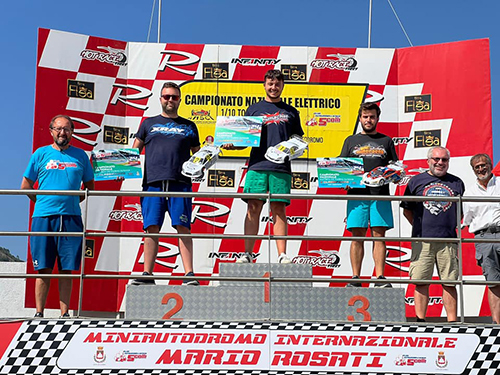 On the same day as the British team had strong performances at the BRCA National, Mattia Collina, Carlo Alberto Conti and Michal Orlowski would compete in the Italian AMSCI National with support from Andy Murray and Alessandro Giubbilei. The venue being Club 5 Colli Racetrack in Gubbio, host of the upcoming ISTC World championships.
The race took place after several days of testing and it would be Mattia Collina with an epic performance throughout that would take the pole position and victory after the 3 leg finals. Michal also showed very strong pace, but suffered some issues during the races and thus could not show his true potential this time out! Carlo qualified a strong 6th but also suffered some unfortunate luck during the finals.